Antonio Conte’s confident to be on touchline against Wolves. 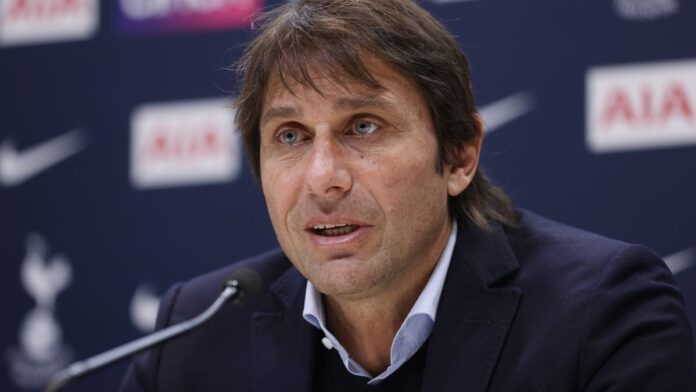 Tottenham head coach Antonio Conte believes he should be allowed on the touchline against Wolves after being charged by the FA for his behaviour against Chelsea.

The charge came after he was involved in multiple incidents with Chelsea counterpart Thomas Tuchel during and after a thrilling 2-2 draw at Stamford Bridge on Sunday.

An altercation after the final whistle led to both Tuchel and Conte receiving red cards, and the subsequent FA charges mean it is unclear whether both will be allowed on the sidelines for their respective Premier League fixtures this upcoming weekend.

Conte though believes he should be allowed in the dugout against Wolves, though, telling reporters during his pre-match press conference: “I hope so. It’s right, it’s right to stay in my place.

“Then I repeat for sure after this type of situation you can learn a lot but at the same time I think from my situation I was good to keep calm and i didn’t have an excessive reaction. Spurs sit fourth in the premier league with four points from their opening two games, but will be without key defender Christian Romero for Saturday’s meeting with Wolves due to injury.

“About Cristian, he had a little problem during the game against Chelsea in the final part of the game,” Conte said.

“It’s a little problem and after the game he started to feel a bit of pain in his adductor [muscle]. We checked him.

“The player wanted to give availability but in this situation we have a lot of games to play, it would be stupid to take risk. For this reason he is not available for Wolves.”

This week, Destiny Udogie signed from Udinese, though the defender will remain with the Serie A club for the rest of the 2022-23 season.

Tottenham’s focus will now be on trimming their squad, with Tanguy Ndombele set to complete a switch to Napoli, while Giovani Lo Celso has rejoined Villarreal on loan, though Conte did not rule out the possibility of further additions.

He added: “If someone goes away then for sure another player has to come. Especially if some players want to go and play regularly and it’s difficult to keep them here.”