AMIDST CHRISLAND SAGA, A MOTHER SAID SHE HAS BEEN DECEIVED BY DAUGHTER TOO 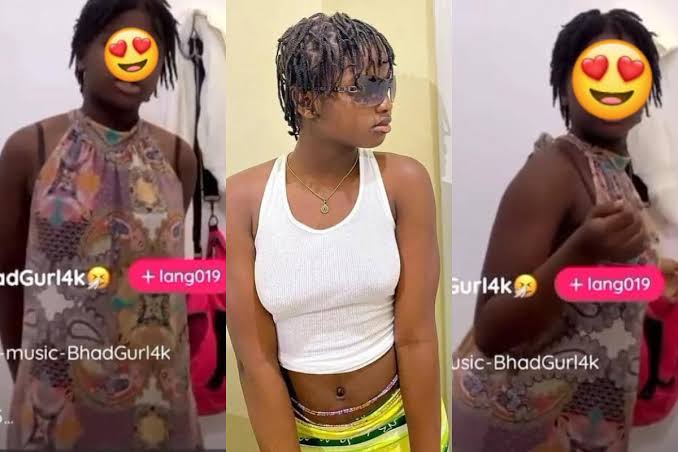 I saw the video of that Chrisland girl’s mother online; you know, as a mother, I felt sad for her. Especially when I read that they suspended her daughter.

But something in me said, “hummn, the children we are raising these days are “wiser” than us their parents. I said ‘wiser’ because that is what they think of themselves.

A few days after, when I now saw the video of the small girl that was said to have been raped…I said, oh, these children will not kill us, o. This is what my own daughter did to me too. How I wish the girl’s mother had just quietly sort help for her child because now we all know the girl isn’t the little innocent the mother thought she was, o. I am not judging o but everyone who saw it say the girl isn’t as innocent as we think; my own daughter did me the same shege!

Children of these days? Forget them, they can fool you into the well and cover you up and not even blink.

If I have an opportunity to talk to the girl’s mother, I will just tell her to keep quiet, she should learn from me.

Few years ago, my daughter, she’s my niece actually; her mother died a long time ago and I have raised her since she was six years old…so she is my child. She was just 15 when this incident happened.

I sent her to one of these Model Colleges in Lagos state.

She was in boarding school; that school didn’t even allow phones or any of this yamayama that private schools allow, they are like the old unity colleges of our days. That’s why I thought, she would be well disciplined and focus on her studies…

She was in SS1; they were resuming that day and when they resume, the school insist they returned in their house wears. This was way before Covid when parents and relatives were allowed to follow the returning students into their hostels and help them settle in.

That day, I went to drop my daughter in school…of course she was in her green check house wear. I went with my son, who helped her carry her box and bucket to the front of her hostel. I was at the bursar’s office, settling the outstanding fees and showing receipts for other payments I had made for books… you know that sort of thing.

My son came back to meet me on the queue at the Bursar’s and said his sister was settled…they call each other brother and sister even though they are cousins. Anyway. By the time I finished because there were lots of parents and guardians too who came to settle financial issues with the bursar, it was late. So I told my son to go tell his sister I would come visit in two weeks’ time. I also couldn’t even see her before leaving because it was about 6.30pm and the bell was ringing for students to go into their hostels for head count. The school always did head count every evening and especially upon resumption.

Many of the students still loitering around the premises ran into the hostels to be counted.

We left that day and I thought I had done my job as a mother.

Three days later that was on a Wednesday, I was called by my daughter’s house mistress asking for my daughter.

I said, “Huh? What are you talking about?”

She said my daughter hadn’t resumed school and that she was wondering what had happened to her!

I said, “Haba! Are you dreaming? I brought her to school on Sunday, she resumed with the rest of her mates on Sunday!”

House mistress said my daughter hadn’t been seen in school for three days and though her bed was always made, she hadn’t been physically seen!

I almost ran mad as I raced to the school that day.

My mind was in a turmoil, I drove her to school myself, and she was checked into the hostel by the house mistresses’ assistant, where could she be?

We got to school, low and behold, upon speaking to me and realizing something was off; the house mistress had summoned my daughter’s close friends to her office. She wanted to know who had been laying her bed and fooling her staff. Because you see, a laid bed means the child is around, right? So they had been laying her bed, making the hostel staff believe she was around. Empty beds or unlaid beds meant the child hadn’t returned to school.

She called three of my daughter’s closest friends and asked them where my daughter was.

They didn’t tell her, they kept silent but she delivered well intended backhand slaps and they began to confess like witches…she then took them all to the principal’s office, that was where I met them.

The girls were still crying when I got there; they confessed that my daughter had met one boy on Facebook who invited her to come visit him at one hotel; he called her the following day to meet him at a certain place outside the school gate.

Unfortunately for us, they didn’t know the name of the hotel. They said when I dropped her in school wearing her house wear, she had gone into the hostel and changed to mufti. I had no idea she packed mufti in her box because you see, I packed the box myself. I did so not because I even suspected she would go to school with contraband; the school allows provisions but there are certain items they forbid like phone; they checked their boxes upon resumption. So I packed her box because when she packed the box, it was so jumbled up, I had to remove everything and repacked neatly and it was in my presence her brother dragged the box into the car…so you see these children can fool you.

Anyway, that’s how we began to look for my daughter.

From hotel to hotel, we begged to search, some proprietors allowed us search, many said they didn’t have anyone that looked like her as guest; we went with her photo. Oh yes, we went first to the police before I began searching with my son and another relative of ours.

For two days, we got nothing. I didn’t sleep, I didn’t eat because I believed in my heart my child was deceived by some monster she saw on the internet.

But, my child isn’t the little innocent I thought she was after all; ase, she had been chatting with this man and agreed to come and visit him. She changed to mufti in the evening and went out of the school gate disguised as a cleaner in the school!

Meanwhile, as far I knew then, she had no phone. I didn’t buy her a phone because I just couldn’t even afford it; I gave her an old one I had used before but she told me it couldn’t do internet and so she dropped it…I had no idea she had another phone!

Do you know how we found her?

On Friday, early in the morning, around 5.30 am, the evil boy she went to meet dumped her naked in front of the school gate!

They had raped her, used her…it was a painful sight. She had red blotches all over her body. They were many boys who raped her over and over again…for five days. She was barely alive when they dumped her at their school gate. Maybe they had heard police was looking for her, I don’t know.

The gate man said he heard a sound, like some crying feebly at the gate, he opened the gate and saw a naked girl…that was my own child. The child I sent to school telling myself she was safe in school! I would swear my daughter was well behaved. Quiet, didn’t even go out when on holidays. Many times I forced her to go do some deliveries for me; she preferred being indoors and watching tv.

When they identified her as their student, she was able to say her name before she fainted again; they called me, I went to the school and took her straight to a nearby hospital.

They admitted her and began to treat her.

A few days later, when she had regained her strength, she told me what happened.

She was begging me and crying saying she had learned her lessons and would never deceive me again. I couldn’t even scold her because seeing her condition, I saw she had suffered enough; her punishment was all over her body. She suffered several lacerations on her vagina, one broken rib, she said they were beating her as they raped her; her face was badly swollen and red with blood, her hands and feet had been tied during the acts… and I knew a great lesson had been learned.

What else was there to say to her?

She spent three weeks in the hospital after which the school suspended her for that term…oho! I don’t blame the school. The story had gone out that she was setting a bad example.

She herself saw hell that period; walking and urinating was hell for some time; thankfully she didn’t get pregnant because that would have meant she would’ve stopped school entirely.

But I thank God today; I made her go back to finish school; she was ashamed and didn’t want to go back, I said, “what did you say?”

She repeated but is just one year behind her mates and she is determined to do better. Sometimes, experience truly is the best teacher, now my daughter mentors younger girls and advises them against online predators and not telling their parents where they were going…

Today, I’m proud of my daughter, we both “forked” up but like that musician, Black Sherif said, “Of course, I forked up…Who never forked up, hands in the air, no hands?”