Femi Adesina tells Nigerian youths: “You’ll wait a long time if you think power will be ceded to you.” 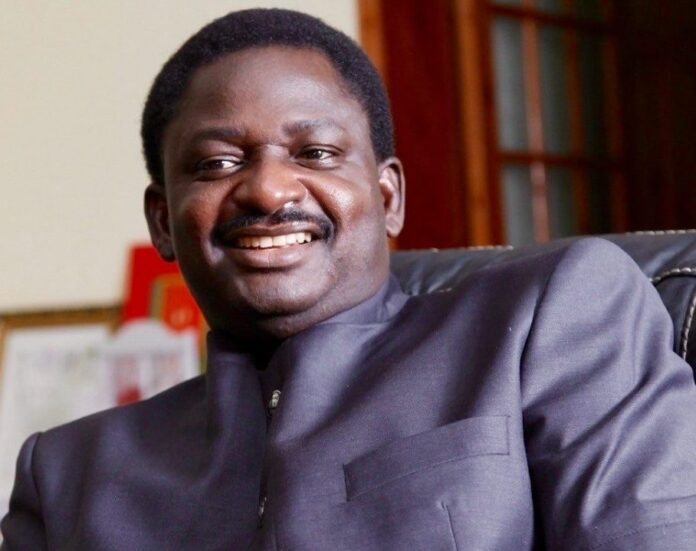 The conversation about the readiness of Nigerian youths has become a trending topic since the inception of the 2015 presidential elections. Seven years after, the conversation has been brought to the fore like never before and it is even more engaging and debating as it gets.

In the build-up to the forthcoming 2023 elections, there has been a massive turnout in political participation by Nigerian youths giving a clear glimpse of their interest in what many have described as a crucial general election for the future of Nigeria.

This amounts to over eight million enthused Nigerian youths out of the twelve million people that participated in the continuous voters’ registration exercise (CVR).

Judging from these statistics, are will going to see its impact in one of Nigeria’s most important elections, or is this just all a fuss? Reacting to the debate about youths’ participation in governance, veteran journalist and special adviser, media, and publicity to the president of Nigeria, Mr. Femi Adesina told Legit.ng in an exclusive interview that the current dispensation has given Nigerian youths the platform to grow and participate actively in politics.

He said Nigerian youths must seize the advantage of their numbers by participating in the electoral process and avoid being complacent like in previous elections.

Mr. Adesina said: “If the youth want their impact to be felt, they must go for it. They asked for the ‘NotTooYoungToRun’ law, it has been passed. So, what are they waiting for? In the last election, how many people were there as youths? How many votes did they score, that shows that even youths did not vote for their own.”

The president’s aide also noted that political power will not be ceded to the youths if they don’t aim at it and aspire to hold political offices.

Why our youths can’t be president now – Femi Adesina He, however, said “it does not necessarily mean that the youth will be the next present” but urged them to aspire and grow to the level of contesting for Nigeria’s most powerful position.

“What youths need to know is that power is never given, it is taken. So, if they seat and wait for power to be ceded to them, they will wait for a long time. “If they think it is going to be handed over to them on a platter of gold, then they need to think again. They go for it.” On President Muhammadu Buhari’s position on youth in governance, Mr. Adesina said his principal is an advocate of youth development while making reference to the “NotTooYoungToRun” bill that was signed into law as a perfect example of the president’s commitment to the youths.

“He (President Buhari) signed it so that shows that he is interested in youths growing and playing a more vital role on the political scene.”