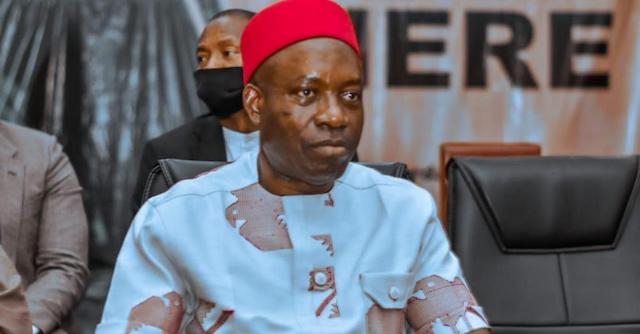 The Anambra Commissioner For Culture, Entertainment and Tourism, Mr Don Onyenji, has called on operators of Lottery and Betting activities to carry on their businesses as allowed by the extant law.

Onyenji urged the operators to disregard the information in circulation that the Anambra government has placed a ban on their activities in the state.

The News Agency of Nigeria reports that the latest directives are contained in a press release signed by the Commissioner in Awka on Saturday.

“The attention of the Anambra state Government has been drawn to the various misinterpretations of its directives to operators of Casino Games domiciled in hotels and restaurants in the state to suspend their operations.

“This was as a result of written and video petitions on suspected fraudulent practices, lack of transparency and non-payment of Game winnings to players.

Part of the directives reads ‘The Anambra State Ministry of Culture, Entertainment And Tourism in collaboration with the Anambra state Internal Revenue Service AIRS and the Ministry of Homeland Affairs hereby directs all operators of Casino Games within Hotels, Restaurants and Bars to suspend all operations with immediate effect.

“The suspension will last until the conclusion of investigations,” he said.

The commissioner said that all Hotel Owners and Bars in the State have been invited to a meeting to discuss security and other services and policy issues.

However, he said, “it is grossly unfortunate that some mischief makers added lottery and Betting activities and organisations to the ban.”

He said the suspension was only directed at Casino Games operators in the hotels and hospitality outfits, excluding all other betting centers in the state.

Onyenji said that the government has identified the owners of the particular casino machine and has advanced investigations on the complaint.

He said that the sites involved in the complaint have temporarily shut down their machines.

Onyenji assured that the government would conclude investigations in a record time when the reported case is fairly handled and discharged.

He said the organisation would be allowed to go back to its business quickly when all assurances to protect the interest of all players are made.

The commissioner assured that the government is on ground to protect all such operators, guarantee the safety of their business in the state.

He appealed to all business operators in the state to go about their operations undisturbed and discountenance the false reports of ‘fifth columnists’.